GEORGIA APPEALS LAWYER CAN SAVE YOUR LOST CASE

If you have already lost your case, you still may be able to rescue it if you act immediately. The process of appealing a civil or criminal case is extremely complicated and requires an additional set of skills beyond what is needed in the trial court. It is therefore highly recommended that you get a new lawyer for your appeal. An appellate attorney will pick apart the record of your case to find any appealable issues and will exploit every detail in the law to articulate those issues in a written brief. Whatever has happened in your case so far, Rhein Law LLC can offer the fresh perspective and creative legal analysis that may yet save your case.

Our attorney Jacob D. Rhein is a superb appellate advocate with a proven track record of success in all levels of Georgia’s court system. He handles a wide variety of post-judgment proceedings, including motions for new trial, motions to open default judgments, motions to vacate void judgments, civil appeals, and felony appeals.

Rhein’s greatest strength as an attorney is his ability to come into a distressed case as the “second lawyer” and find a way forward. Rhein has even won cases where the opposing attorney laughed his arguments up until the last moment, when the court AGREED with Rhein and ruled in his client’s favor.

Even the best appellate lawyer cannot help you if you miss the opportunity to appeal. Call us today to preserve your appellate rights.

The Supreme Court of Georgia unanimously grants new trial to man convicted of murdering a security guard in Fulton County during a drive-by shooting with an AK-47 assault rifle. Rhein entered the case as the third lawyer on appeal and successfully argued “plain error” in failing to charge the jury on the requirement of accomplice corroboration. No previous lawyer had raised the issue. The opinion of the Georgia Supreme Court is available here. A video of Rhein’s oral argument on August 6, 2019, is available here.

The Georgia Court of Appeals reverses dismissal of pro se complaint by woman injured by a phlebotomist during a routine blood draw at her doctor’s office. The trial court had dismissed the complaint because the plaintiff pleaded her case as “medical malpractice” but failed to include a required affidavit of a medical expert. On appeal, Rhein argued that the complaint stated a claim for simple negligence and battery rather than medical malpractice, because a phlebotomist is not a medical professional and the plaintiff’s complaint alleged lack of informed consent. The Court of Appeals agreed. The opinion of the Georgia Court of Appeals is available here.

Trial court sets aside judgment against defendant after three years of collections efforts. Insurance company had sued defendant in subrogation for car accident and obtained a default judgment, resulting in a suspended drivers license and thousands of dollars of debt. The defendant found Rhein three years later. Rhein promptly filed a motion to set aside the judgment for want of jurisdiction due to a hidden procedural error. The trial court agreed and vacated the judgment, relieving the client of liability and reinstating the client’s suspended driver’s license.

What kinds of cases do you handle on appeal?

We handle civil and criminal (felony) appeals in the Georgia Court of Appeals and Georgia Supreme Court. We also handle a wide variety of procedures allowing relief from judgment in the trial court, including the following:

What are your fees for an appeal?

Because of the amount of research involved, it can be very difficult for clients to budget for an appeal. We typically solve this problem by dividing our fees into two stages. First, we charge a flat fee to conduct a formal review your case, based on the number of pages in the record to be reviewed. We will then propose a flat fee or hourly fee to prepare and file the appellate brief.

How is an appeal different from trial?

The power of an appellate court is limited. For this reason, it is often necessary to perfect a record in the trial court before proceeding to appeal. Perfecting the record may include filing a post-trial motion so that the trial judge has a chance to address any mistakes before the case goes up on appeal. If a person fails to make a record of a mistake in the trial court, the issue may be waived on appeal.

When can I appeal?

Most issues cannot be appealed until the trial court enters a final judgment deciding the entire case. But there are exceptions to this rule. An appeal argued before the end of trial is called an “interlocutory appeal.” For instance, if the trial court holds a party in contempt during trial, that party may immediately seek appellate review. Orders granting or denying an injunction can also be appealed immediately in most cases.

How long do I have to file a notice of appeal?

Motions attacking a judgment usually must be brought within three years of the judgment complained offer. The court has the most discretion to change its judgment during the same term of court in which the judgment was entered.

If you believe you have grounds to appeal your case, you should contact a Georgia appellate lawyer as soon as possible. 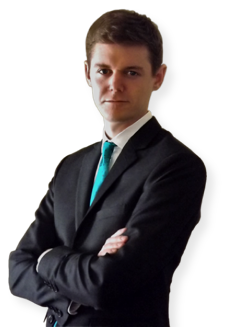 Attorney Jacob D. Rhein is devoted to helping people who need a new lawyer. From his earliest days in private practice, he has represented clients who have been harmed by the negligence and dishonesty of other attorneys. A former public defender, Mr. Rhein has earned a reputation for novel legal argument and fierce loyalty to his clients. Mr. Rhein is a trial and appellate lawyer with an emphasis on plaintiff’s legal malpractice. 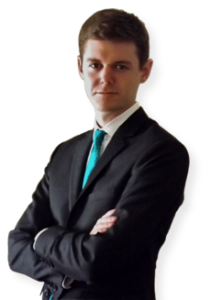 Attorney Jacob D. Rhein is devoted to helping people who need a new lawyer. From his earliest days in private practice, he has represented clients who have been harmed by the negligence and dishonesty of other attorneys. A former public defender, Mr. Rhein has earned a reputation for novel legal argument and fierce loyalty to his clients. Mr. Rhein is a trial and appellate lawyer with an emphasis on plaintiff’s legal malpractice.

WE’RE READY WHEN YOU ARE. LET’S GET STARTED.

WE’RE READY WHEN YOU ARE. LET’S GET STARTED.


I have read the disclaimer.